2nd Day: a lot of Driving

We’ve started our engine around half past nine. that was the launch into a day with a lot of traffic and jams. 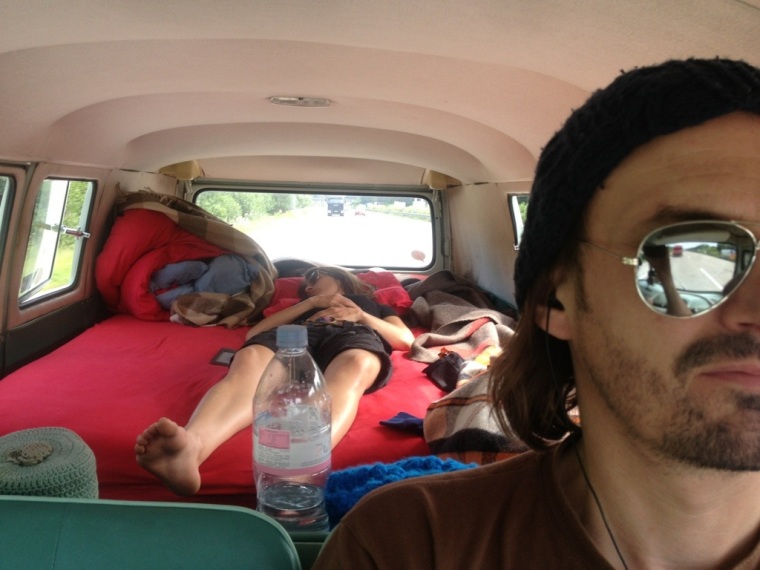 Bettina did not feel well this morning, so she placed herself lying in the back of the van and was a sleep while i was stuck in the first traffic jam at “Kasseler Berge”. Normally this part is one of the most exciting part of the motorways up north, cause of its steep rises and slopes, where you have to estimate very well your and the trucks speed to not be stuck behind one climbing the next hill like a snail. Contrary the Slopes, where you are able to breake speed records of your bus by removing its gears and let the baby rollin’ – yeah. I did my personal one five years ago – 130 km/h – was a very bumpy ride indeed. 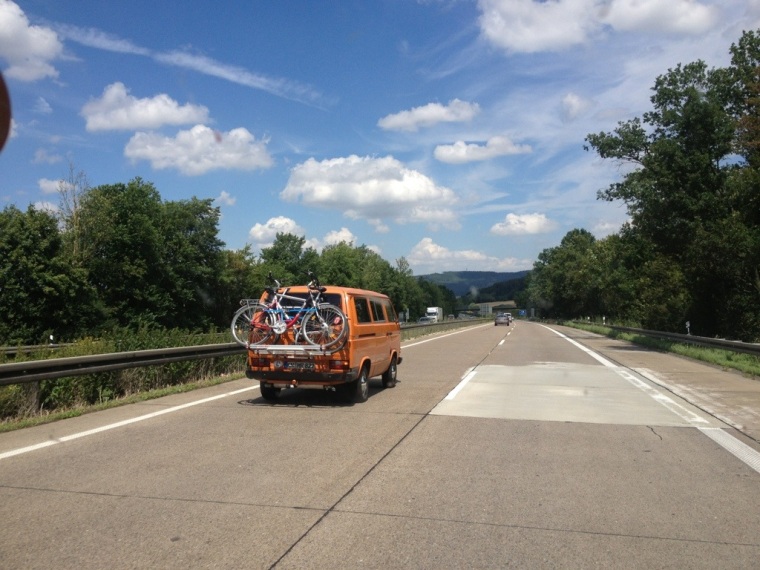 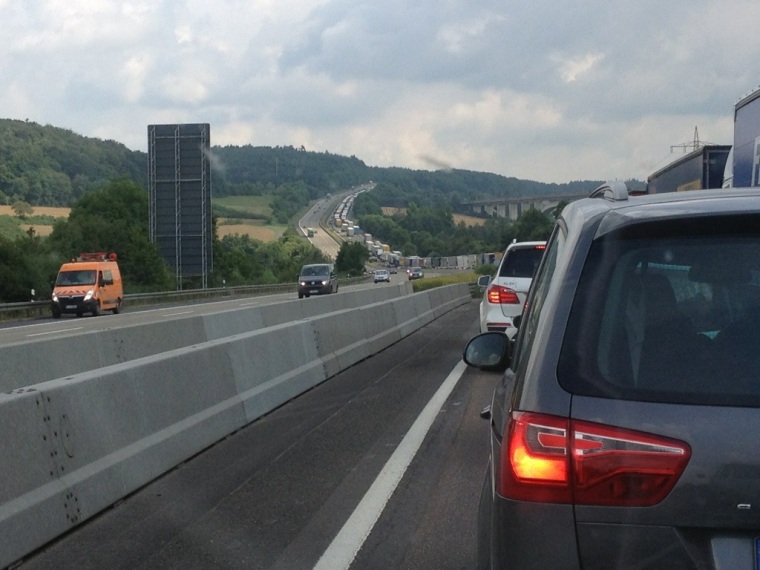 But this time it was a really frustrating to see from top o the hill the platoon of cars winding down the valley and up the next hill like a snake. Almost an hour later it was done, but the next jam was awaiting as soon – it kept going like this for dozens of Kilometers till we’ve decided to stop at a rest point for a nap. When we woke up the jams have gone for the rest of the day – awesome. 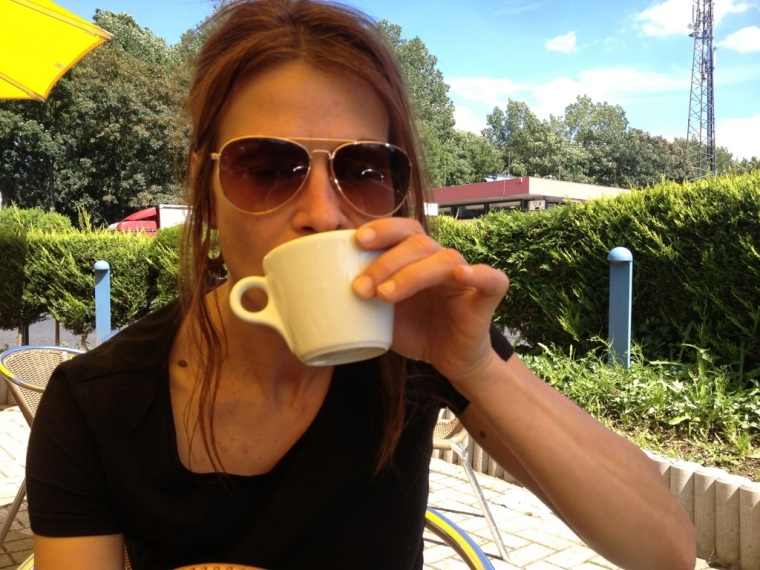 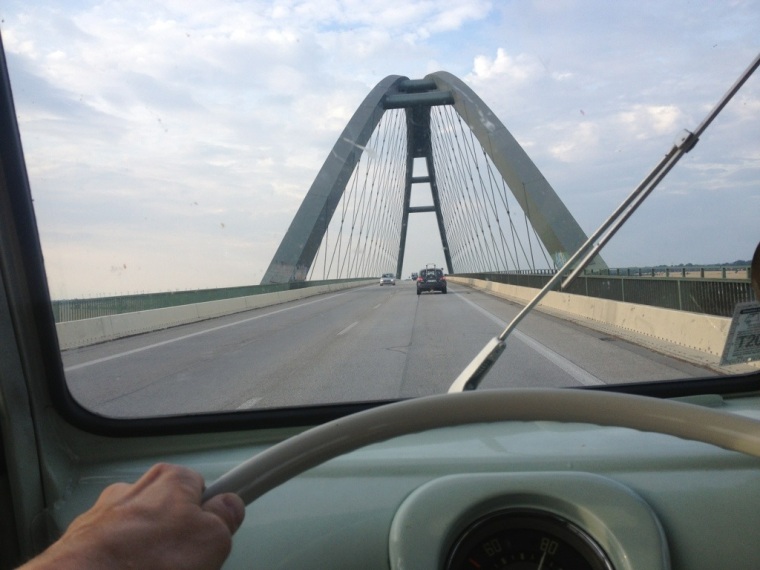 We’ve arrived at Puttgarde’s harbor on eight p.m. and missed the Ferry to Rødby just for seconds – after enjoy our boat trip with a very beautiful sun set, we’ve arrived in Danmark a quarter to nine and it was still surprisingly bright. 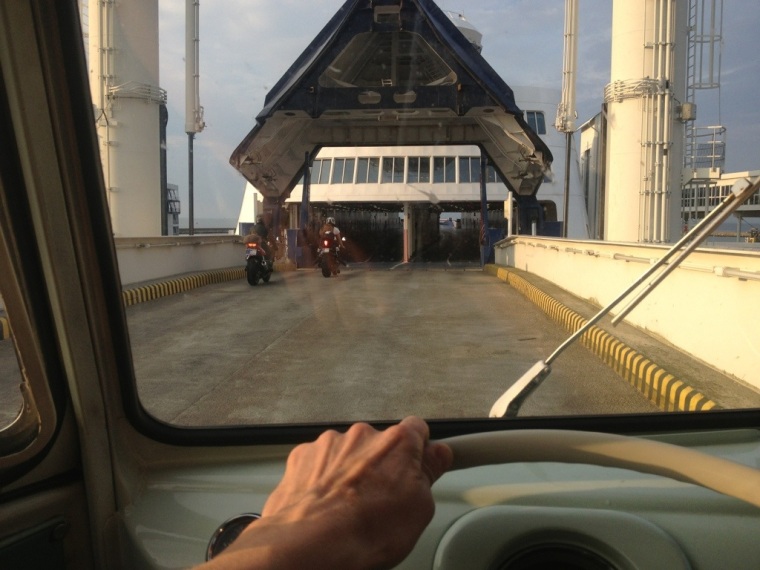 As we’ve continued our trip direction Copenhagen, we were forced to leave motorway, as we ran almost out of petrol. it was quite a quest to find a gaz station and when we’ve arrived at the first one, there was only diesel available. After asking several locals, we’ve finally get our desired liquide and continued relieved our trip.

For this night we’ve found a very nice spot situated just aside the beauyful motorway bridge conecting Lolland with Sjæland. As it was almost dark, we’ve welcomed the night with a beer and some mosquitos, before falling a sleep.