A misty morning welcomed us at my favorite overnight spot so far, but a half an hour later the sun has won the fight vs mist and the temperature immediately has rosen. We used our natural bathroom to start refreshed in a new day full of adventures. We’ve kept following the single track road for some more miles till we’ve found ourselves back on main road, that leads us directly into the Highlands area. 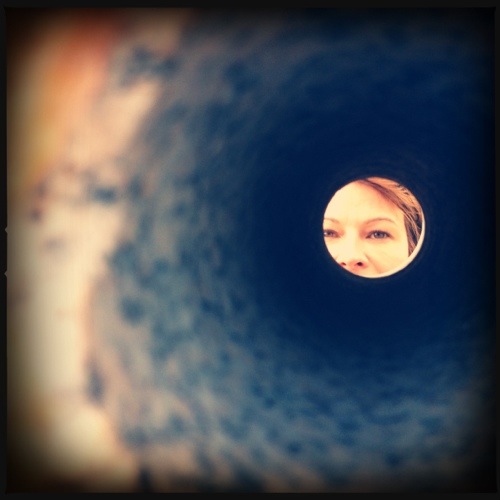 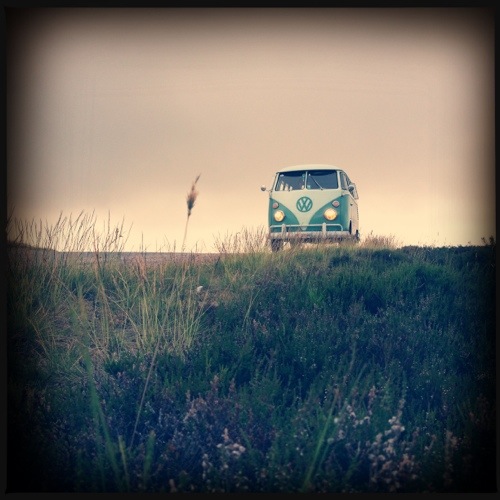 The Highlands had been presented in its best appearance. We’ve been just impressed by its lights, its roughness and its emptiness. But immediately we’ve reached one of a few Scottish ski resorts, a strange scenery and i was glad to see it disappearing in the bus’ rear mirror. We did next stop in Tomintoul – the highest all-year inhabited village of Scotland – where we’ve enjoyed a cup of coffee and a my first soft-ice this year.

After leaving Tomintoul, we were both exited to find some new single track roads and following them plan-less – so we did. Betty steered the van off the main road into a tiny one – a lucky punch. The road led us directly to a beautiful Loch with a ruin of a castle on a small island – gorges! But what we've longed for was a TRACK – unfortunately almost all tracks are normally closed with a gate, but there are some unlocked and the passion is to locate and drive them. After some miles we've got one and steered our bus on it. At the beginning it was an easy one but, it became rougher, steeper and stonier. When we've just successfully reached a steep hill, we've seen some dust of an other approaching vehicle on the horizon – what finally meant end of fun. The farmer was very nice and also amused of finding some Swissies in an old camper van on his goose-hunting-track – we had a nice chat and he did some pictures of us while asking to turn around and leave this track – so we did. 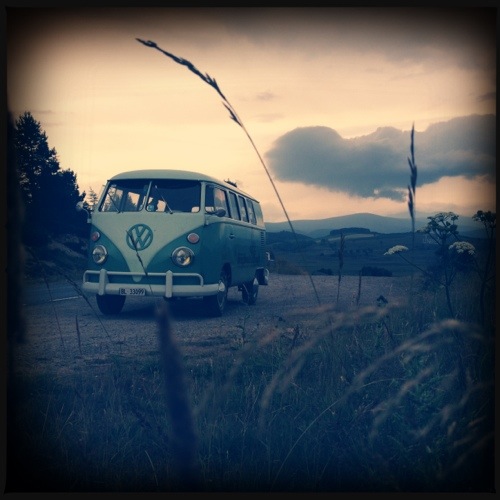 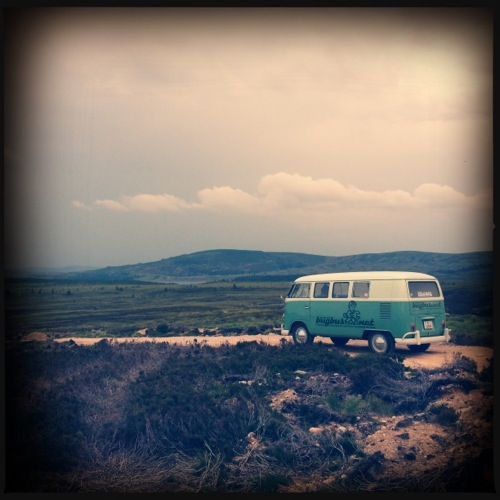 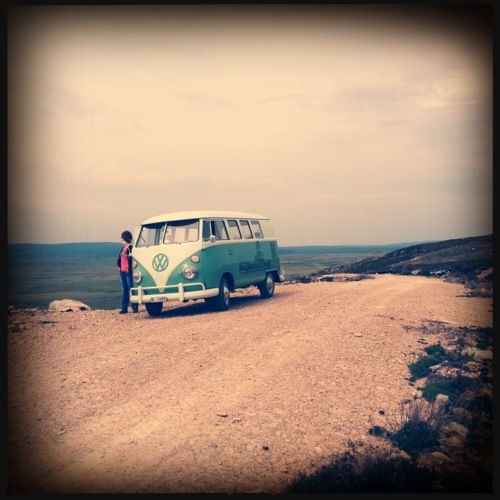 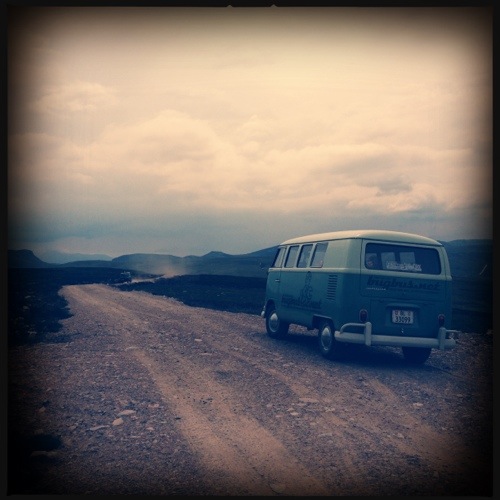 Nevertheless we’ve been positive to find another nice track soon – so we’ve kept following small roads without having a real goal of directions. That tactic let as find an other old, lovely bridge and a new mystic little road that led us directly to our todays pick-nick site, situated in a really cute and very calm valley a side a river. 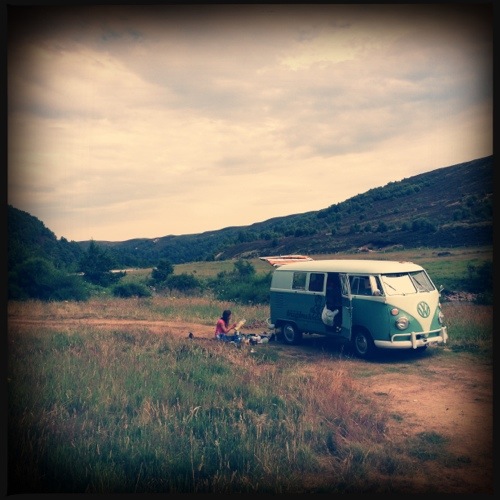 After our brake, we’ve kept following the road and have allways choosen the smaller road on crossings. We’ve ended up on a really nice track – of which we’ve hoped it wouldn’t be another dead end one – but finally it was. This time not caused of a gate, but a river crossing. If that local guy with its four wheel drive Landrover hasn’t warmly recommended not to try to pass the river by our Split Screen – who knows what would happen! 😉 But we’ve had a nice chat and he tells us a little about people, history and the geography of that awesome site. He has also recommended to buy a kind of hiking maps, if we are looking for more tracks – as we passed him some Swiss Chocolates as a way to say “thank you”, he has given us the hiking map as a present for further exploration. 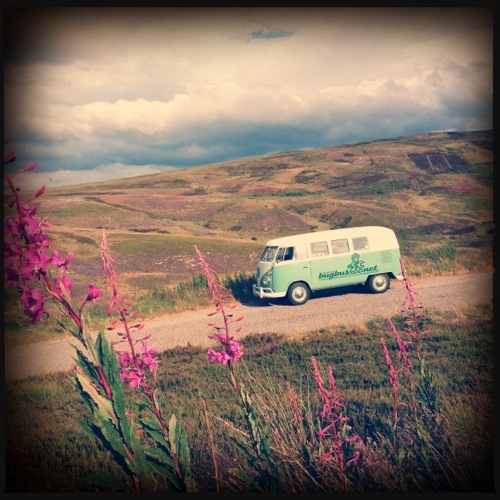 The map was a big help of finding back on our planed route to Inverness and we’ve decided to stay for the first time on a camp site and enjoing a warm shower and water toilet. 😃 That was also a chance to reload accumulators of all the different devices and refreeze the PET-bottles for our cooler. Finally it wasn’t a bad one, but at least one of the unsexiest so far. 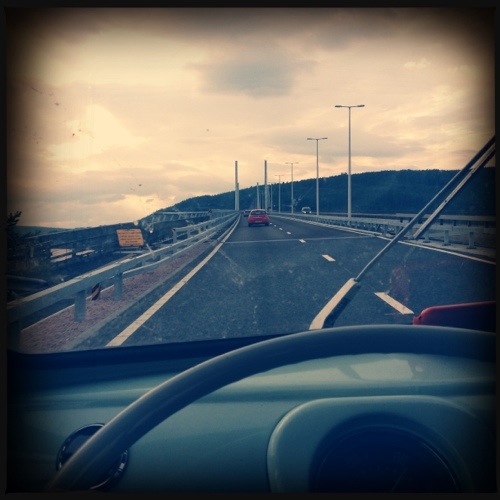 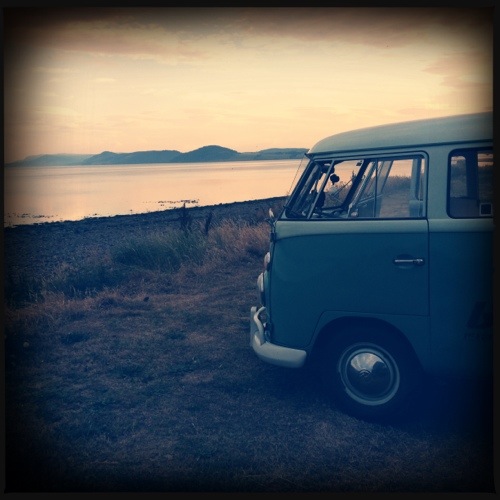