We’ve started on a very sunny and bright day direction Drammen, Kongsberg and kept following the E134 for some more kilometers to Notodden.

During that section, we’ve met several busses which headed to BusFest. We’ve also met again the finish guys, whom left the camp-site much earlier, but probably have done a detour. We’ve joined their convoy for a couple of kilometers, till they’ve left the E134 to do an other detour. 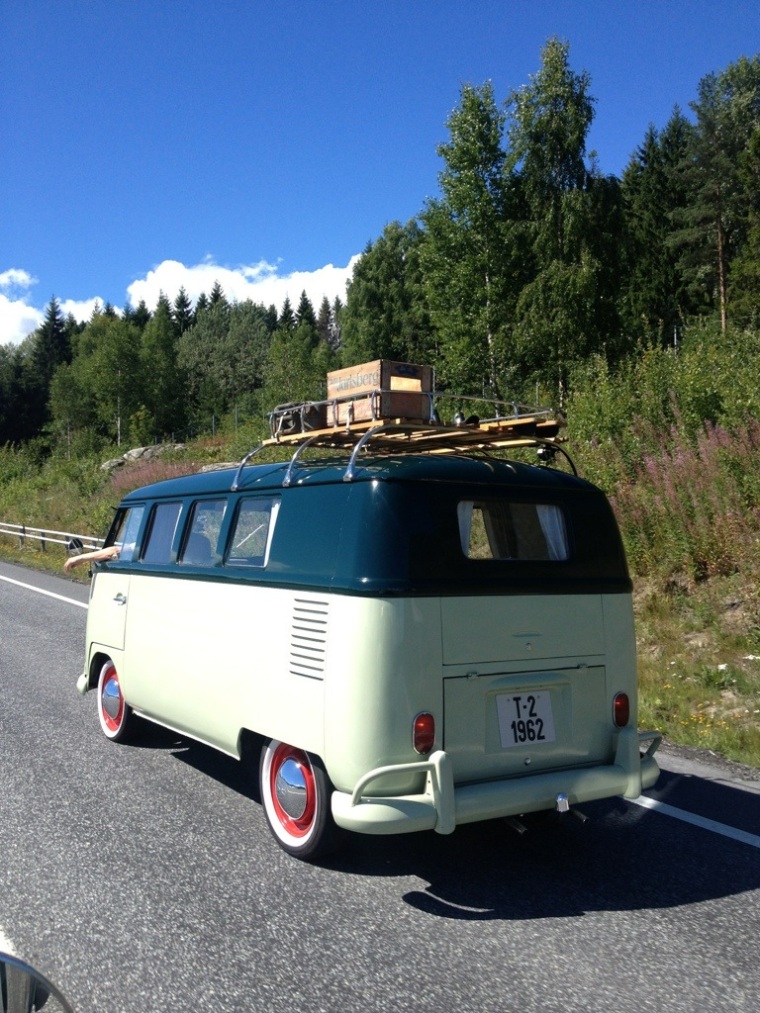 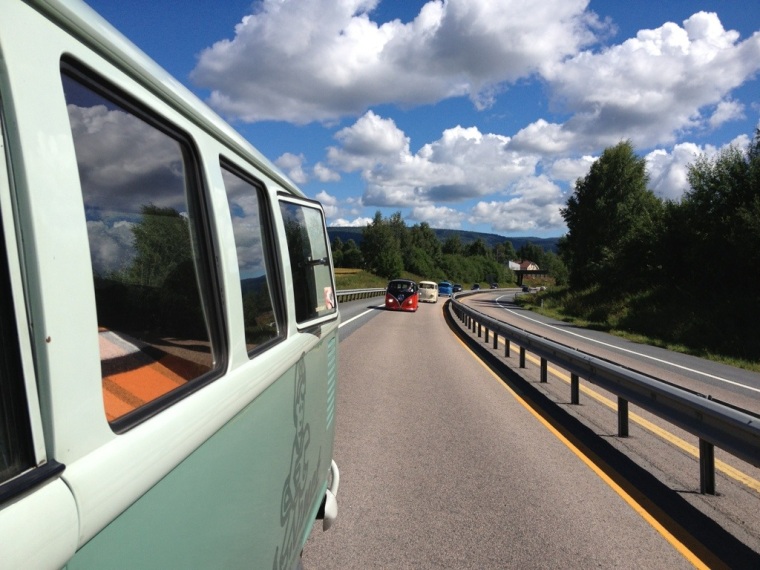 At Notodden, we’ve turned south on a secondary road to Bø – immediately the real Norvegian travel feeling was back. Empty streets, plenty of woods, almost no other car – Bonanza. 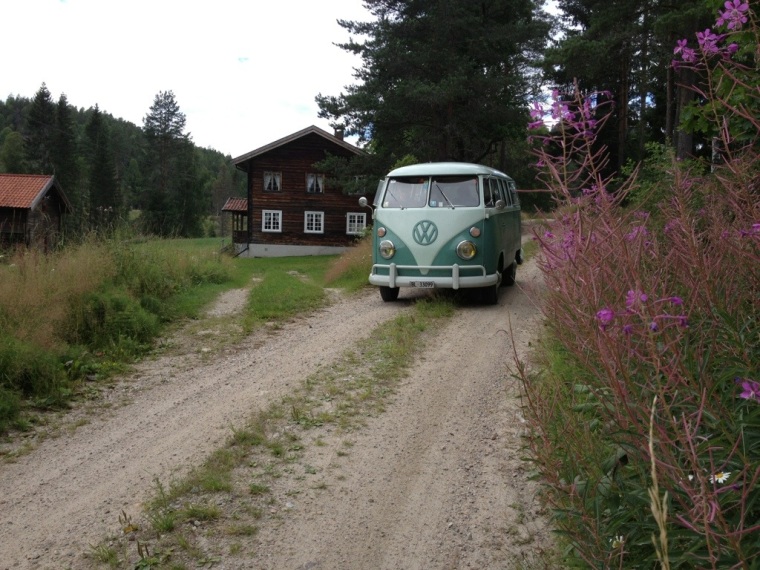 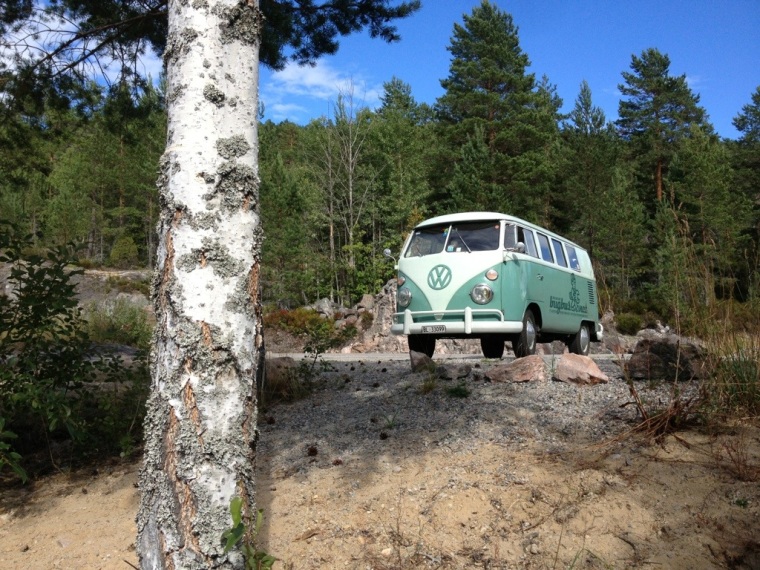 Julian has found even a track road connection, which should lead us through the hills to Kilen on the lake of Flåvatn – unfortunately this idea ends at a closed road – so, all the way back to the 359 direction Lunde, where we drove an other secondary road to the wished lake.

When we’ve driven aside the lake, immediately we’ve spotted a very lovely place to stay for over night. As it was still quite early, we had plenty of time to swim, to fish and enjoying the sun. 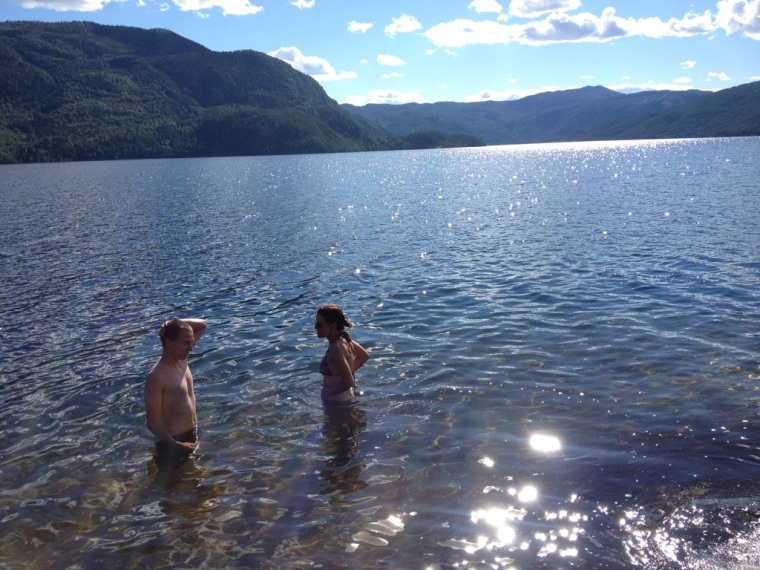