The Goodwill Expedition – in Rama, Day 5

For the first time since we set off on this expedition we slept till late. We probably could have slept longer had it not been the uncomfortable rise in temperature inside  our tents as the sun rose. We got out to appreciate the scenery as we had selected the camping spot almost at random. Towering mountains, tall pine, ceder, fir, juniper and oak trees, a noisy stream and proximity to good toilets made it a good choice. The kitchen crew had set up their wares and were preparing some good hot breakfast. ‘Parathas’ or fried bread with loads of eggs washed down with a hot cup of sugary tea prepared us for our days activity. For some the days activity was to crawl back into their tents for a snooze, the rest however chose to explore the area. Hammocks were strung, The plan was for a lazy day to recharge our batteries but some of the group members were ready for action so they left for the beautiful Lake Rama. The best way to get to the lake that is nestled in high mountains is to walk it. It is a steady climb that takes you to an altitude of about 11,000 ft. The view when you get to Lake Rama is absolutely breathtaking. The 2 hour trek from where we were camped is breathtaking too for those who smoked and those who had desk jobs and used the internal combustion engine to their advantage even when going to the water cooler. However if you are lucky you can hitch a ride part of the way on back of a tractor trolley that the locals use to bring granite for construction of their houses and firewood for their heating use.

our campsite in Rama 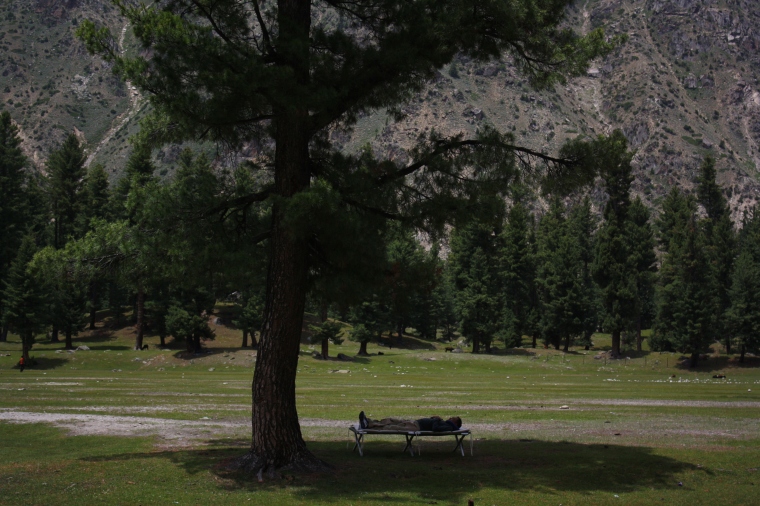 Ansari – one of our group members decided to venture out on his own. He had covered more than three quarters of the way when the heavens opened. He returned just as we were beginning to panic and getting ready to send a rescue party. Such is the weather at this altitude. It can be bright and sunny one moment then clouds would come to dump a good few millimeters of rain drenching everything and it would be clear once again. We saw some very nice rainbows but sadly did not find the pot of gold.

A short distance from where we were camped a group of young Airforce officers were camped too. Ansari challenged them to a game of football on behalf of the rest of us!!! now please keep in mind that while none of us had any medical issues, we still were not as fit as the just-out-of-the-military-academy lads. Determined to uphold our honour and the name of the good Volkswagens (we did not want them mentioning in their stories that the VW group chickened out after challenging) At 11,000 ft the air is quite depleted of oxygen and any kind of exercise gets you struggling to catch your breath…and we are talking playing a game of football!!! We figured that since they were too agile for us we’d offer rock solid defense and frustrate them. After huffing and puffing for about 40 minutes we allowed them to score a couple of goals so we could all go to our respective camps where our cooking team had prepared some goodies to accompany the evening tea! We may be hours away from a city but we had our means…

the Rama cup final in progress …. 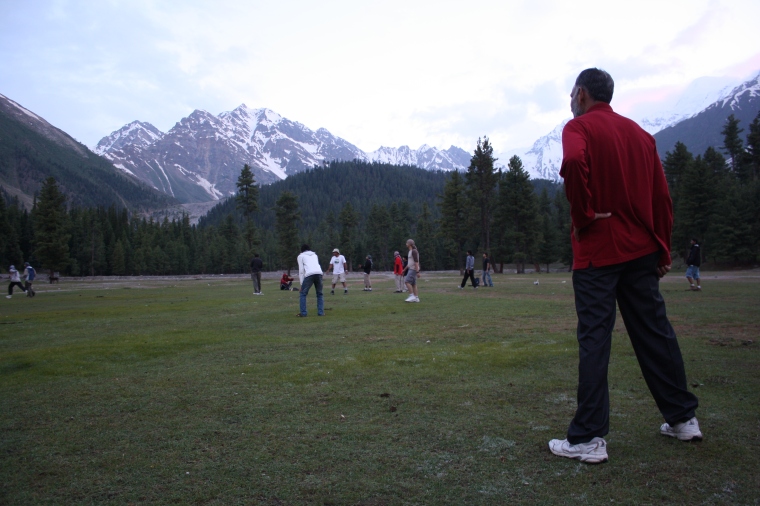 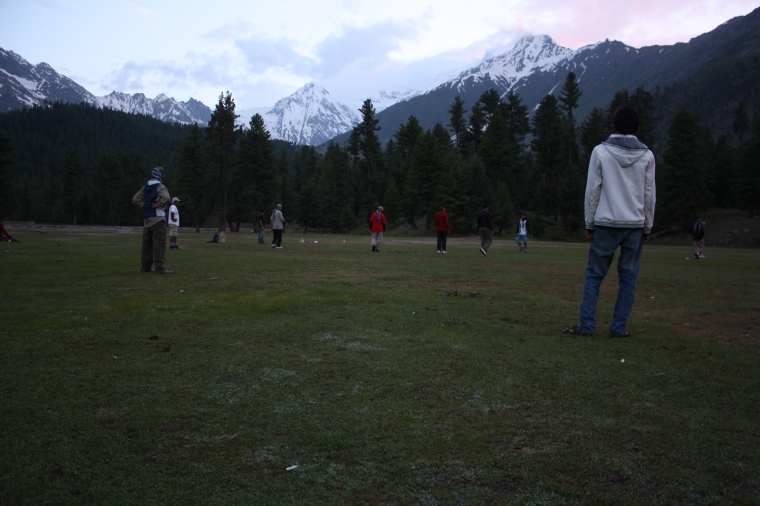 getting dark but we posted solid defense

and the game goes on… 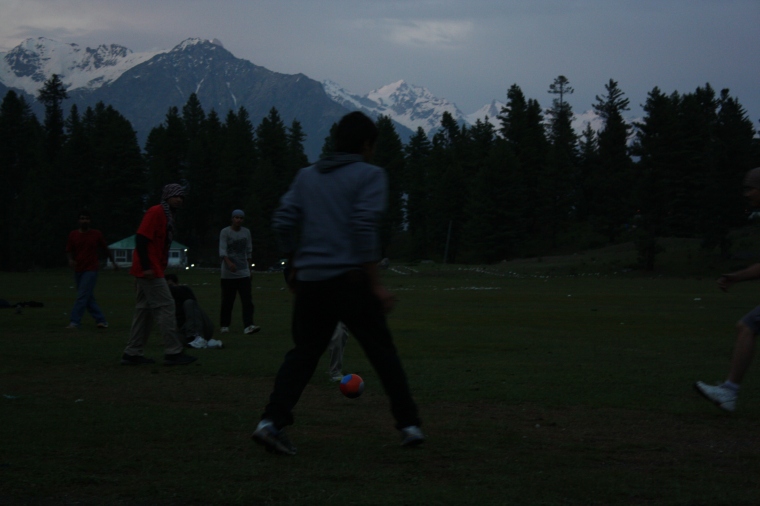 Mufti meanwhile had arranged for two donkey loads of firewood to be brought in by a local in preperation for the campfire. Night falls rather quickly when you are surrounded by mountains more than 14,000 ft in height…and with it comes the sharp drop in temperature. We were camped in a valley and the north /south wind ensured that the circle around the fire was a tight one despite the smoke that stung our eyes. there is something about the smell of wood from coniferous trees burning. It adds to the charm of the campfire. The only thing missing were the marshmellows or some corn. We tried baking some potatoes wrapped in aluminium foil but we were a tad late in removing them so they burnt on the outside. The core was still very…baked potato like. 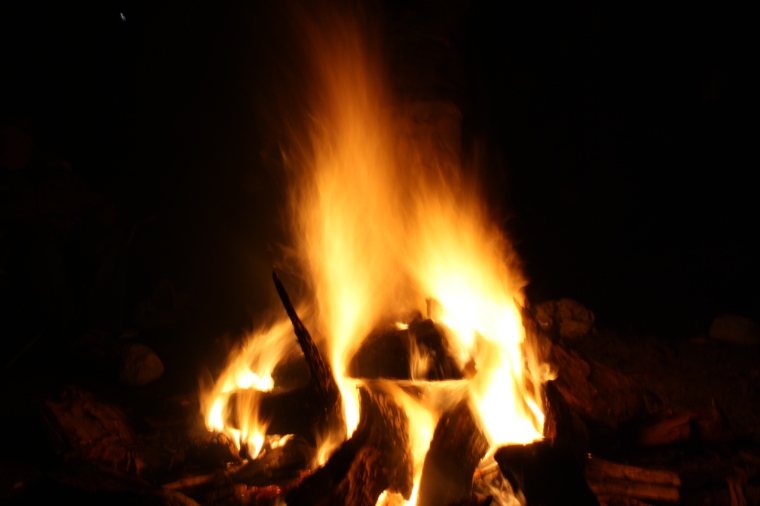 check out the sky

We did not know that two of our group members Ansari and Bijrani were very talented singers and their songs, next to the crackling fire warmed our hearts. In the cities with all the light pollution we hardly got to see any stars. At higher altitudes, on a clear night, you get to see an amazing number of stars, galaxies, milkyways and constellations .  Dinner was chicken curry with potatoes and bread…Yummy!